This morning it started raining at 0430. We waited until 0900 in our tents for it to stop, but eventually got in our raingear and broke camp. Just as we got everything packed up, it stopped raining. Our first stop was Bajo Caracoles where we confirmed what our maps and other riders had told us, that this was the last gas station until Tres Lagos, 338 km down the road. The original Ruta 40 was in the process of getting paved, so we had to drive on a temporary road that tested our tailbone toughness. 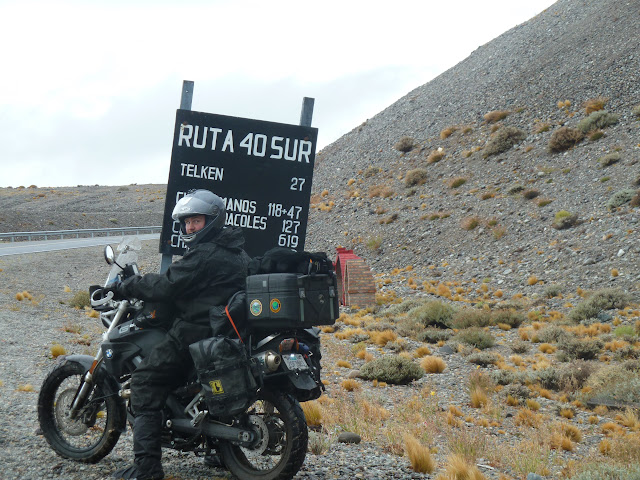 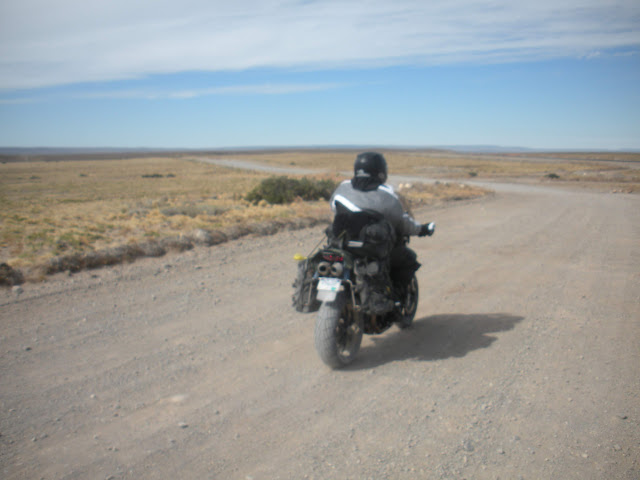 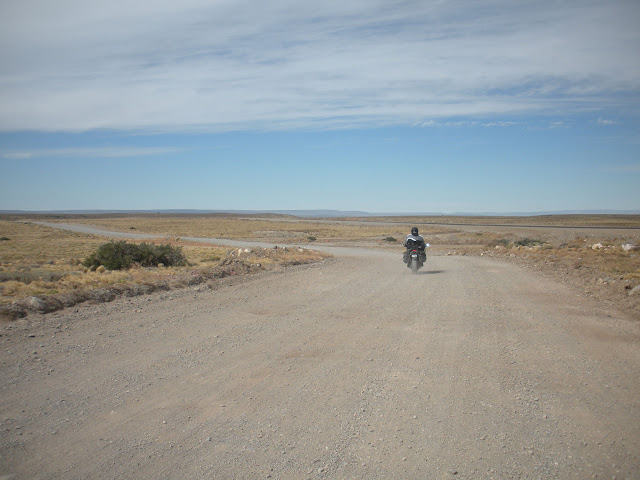 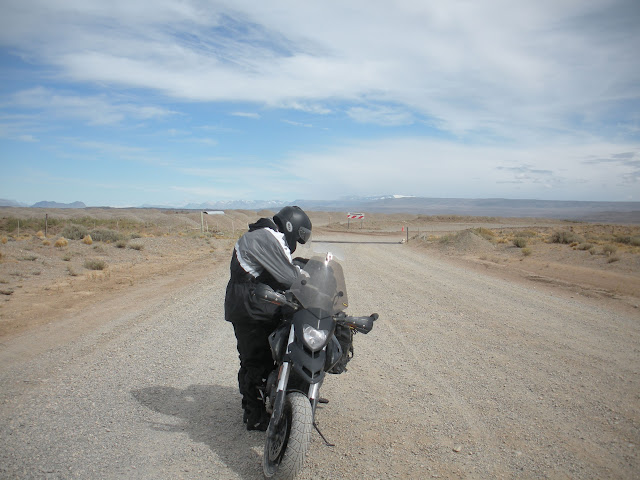 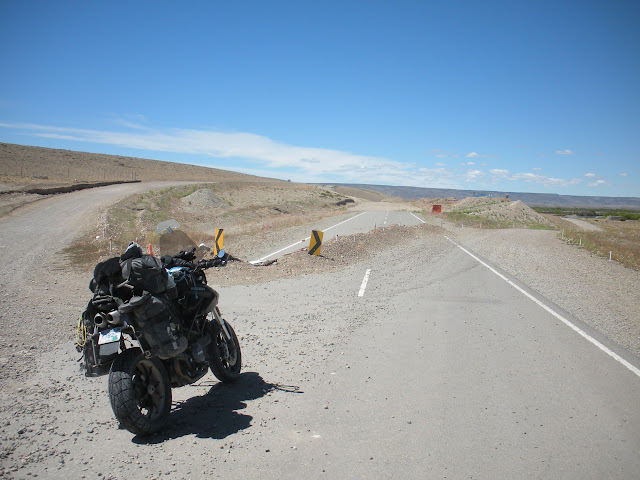 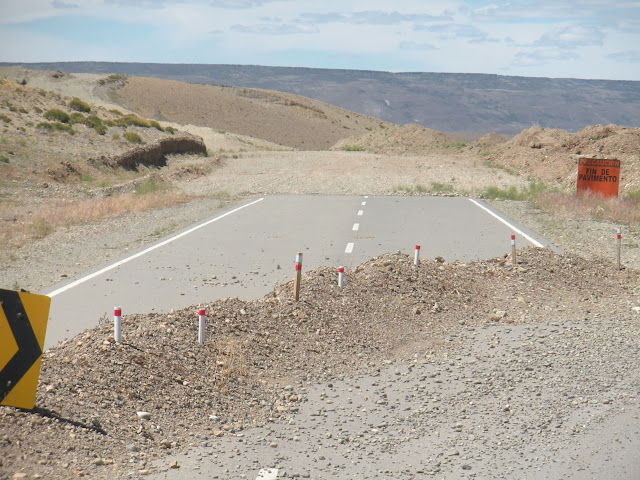 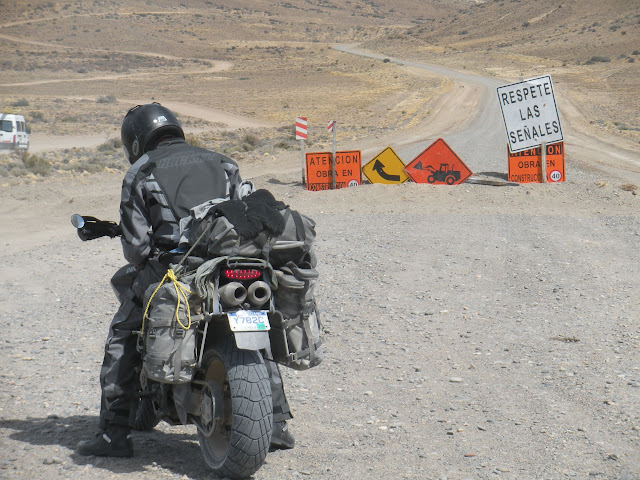 The road was mostly loose gravel but there was one particular nasty section of about 20 km of sand. During a blind corner leading to deep sand dad had a slow speed tip over when his 17” front wheel stopped turning and his leg to stabilize the bike slide under him. No harm done. 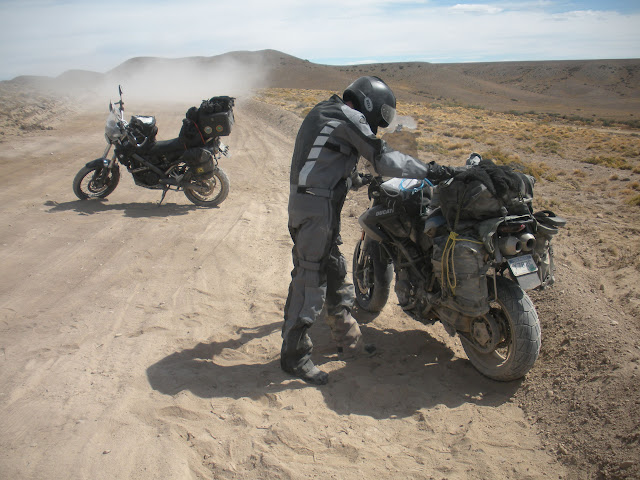 After the sand, the road turned to hard packed dirt with partially buried boulders. It felt a lot like a cobblestone road. My 19” front tire and big suspension travel gobbled this up. I barley felt the bumps, but dad and his bike were getting shook to pieces. After the cobblestone, it was loose gravel again, but by this time we were proficient enough to go about 70 kph. My fuel light came on right as we reached Tres Lagos, meaning I was down to my 1/2 gal reserve. Whew, we made it after a grueling 200+ miles since our last fill up! Not so fast! After conferring with a few locals and confirming with a fellow ADVer on a 1974 BMW with sidecar, we found out there was no gas in the town. It turns out the gas station had been out since November and the owner couldn’t afford to buy more. Hmm, must be some poor business practices in order to not be able to profitably operate the only gas station around for hundreds of miles. Luckily, Carl, the German on the old Beemer, had some he could spare to get us on our way to the next station 165 km away in El Calafate the next morning. We set up camp at the local dump for free and had dinner with Carl and his wife. They would be heading home in May after a year in South America on their trusty steed. 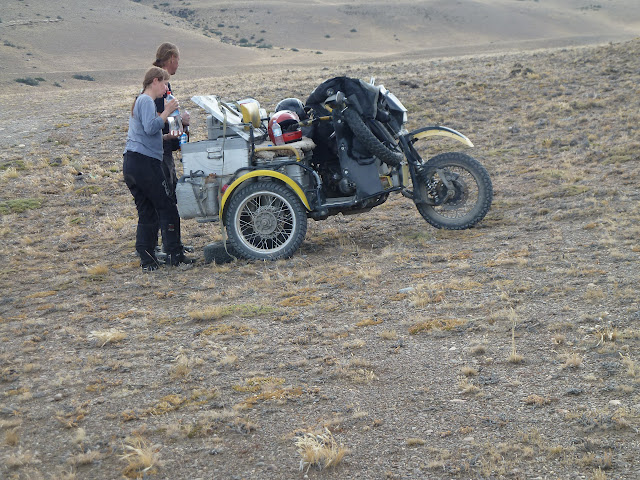 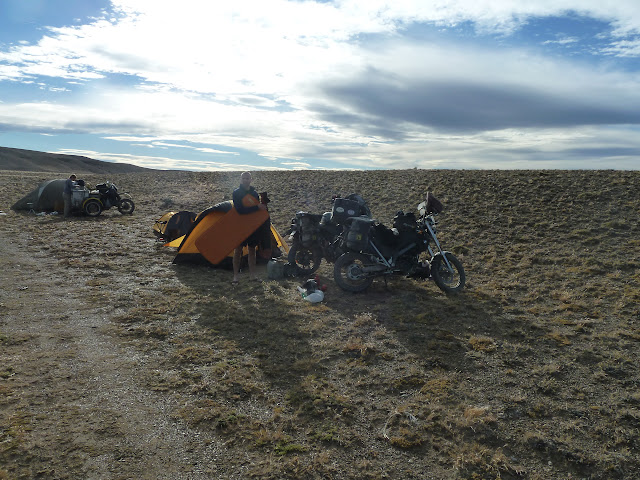 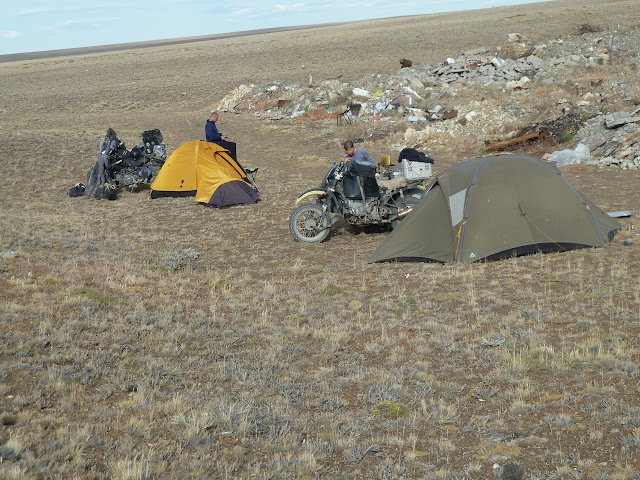