We had breakfast at 0800 and were on the road by 0915. About 20 km up the road, we left Ruta 40 for Ruta 68. I was worried about leaving 40 after such a spectacular ride yesterday, but I shouldn't have been. Rt 68 turned out to be a blast as well - about 100 km following a river through a valley and we probably passed 3 cars the whole time. It was great. In one spot the road had washed out from the previous night's rain, but it wasn't a long wait as they already had one lane repaired and we got to filter past the waiting cars. After the road left the river valley, it straightened out as it headed towards Salta. We bypassed the town by taking Hwy 9 (expressway) east for 35 km then took Hwy 34 north towards the border. Dad's clutch is working great the whole time. We tried 5 different gas stations on Rt 34 and they were all out of NAFTA (gas), but we finally found some at the 6th station with 130 miles on the tanks. 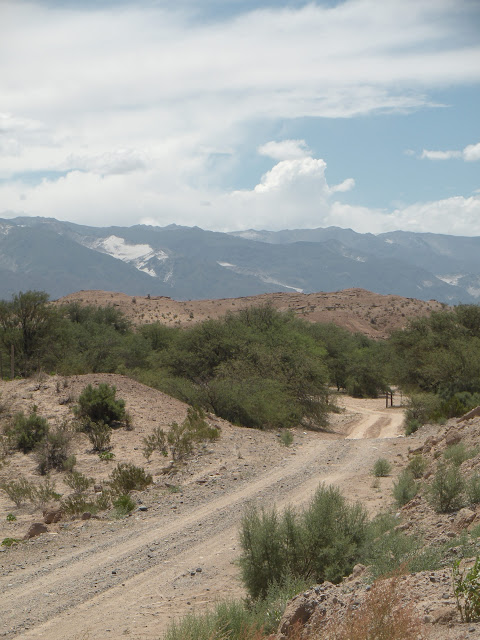 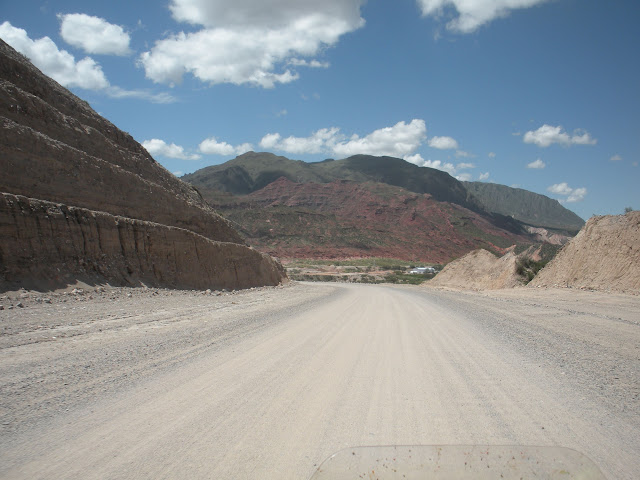 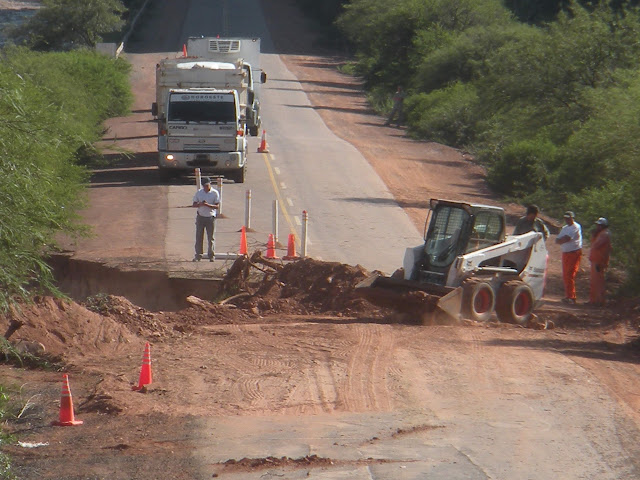 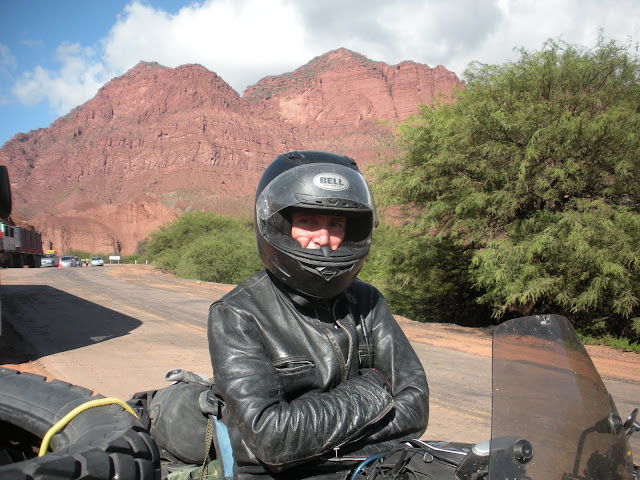 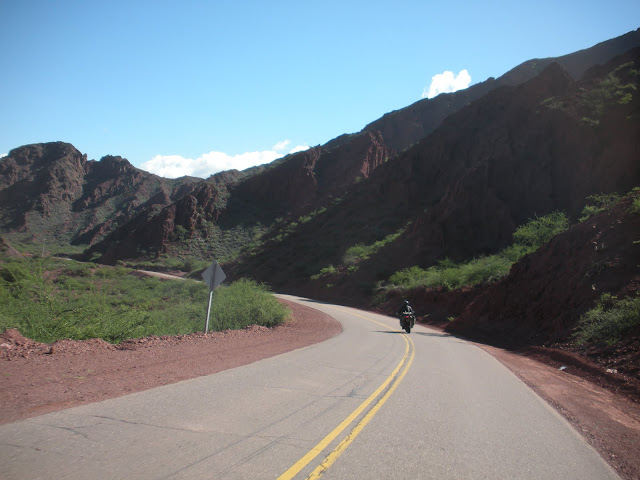 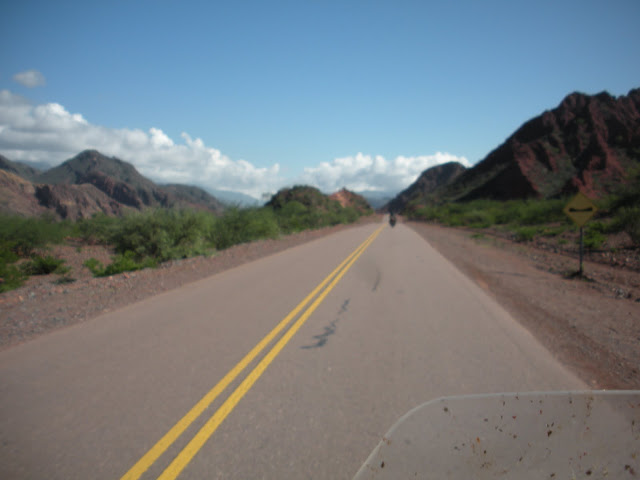 We made good time on Rt 34 and I got my tire swapped out in the providence capitol of Tartargal. It took about 15 minutes and cost $5 Arg pesos. Sweet! I like my new (to me) free tire from the rental place. Dad likes his new tire too, although it was far from free (>$400USD). 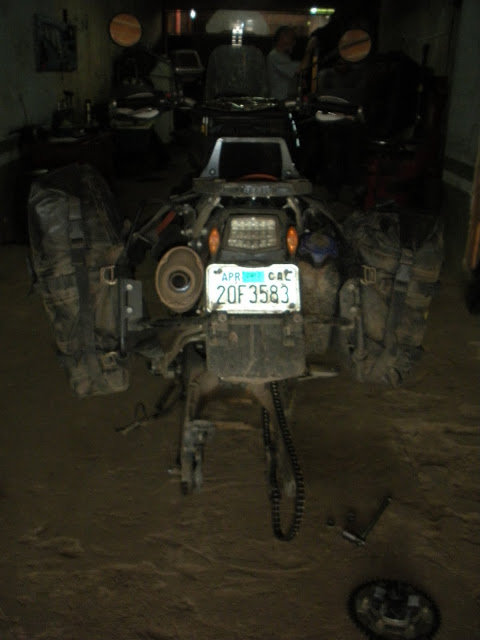 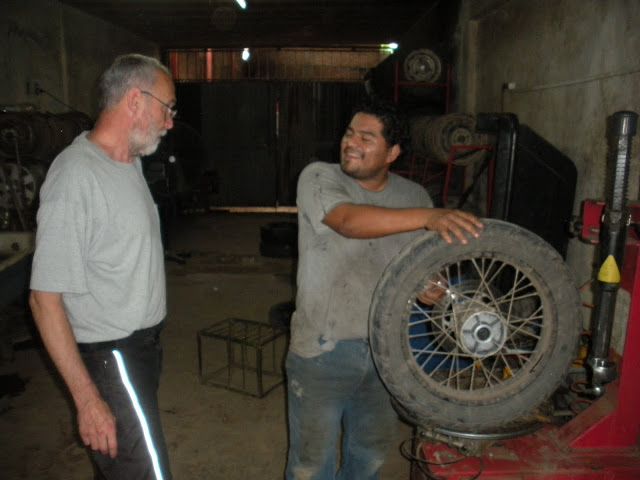 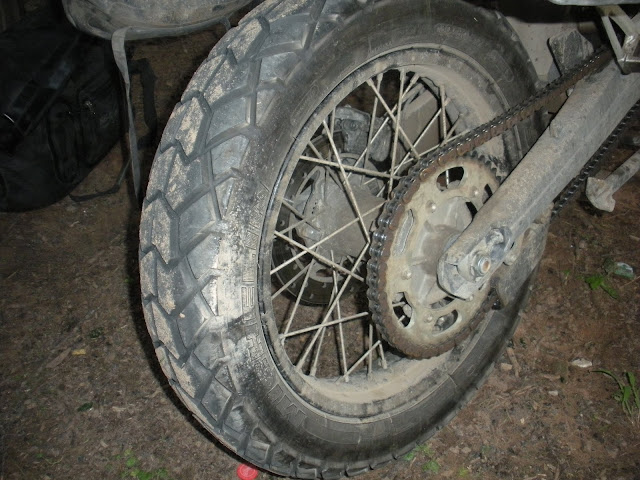 We weren't ready top stop for the day at Tartatgul, so we proceeded on another 30 km and looked for camping. After asking multiple locals and lots of hand signals later, we found a nice secluded campground and set up camp. 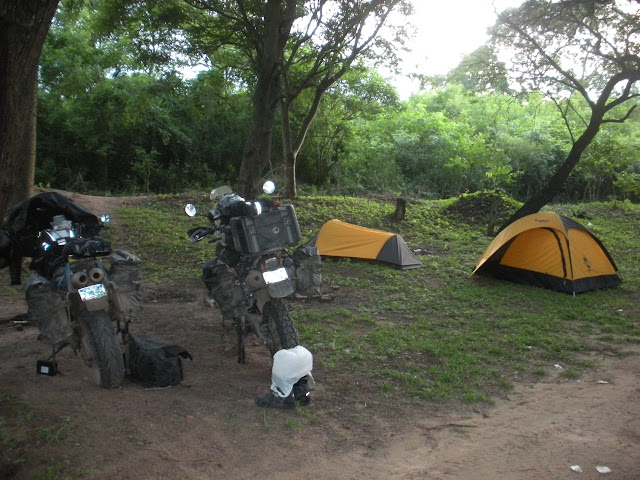 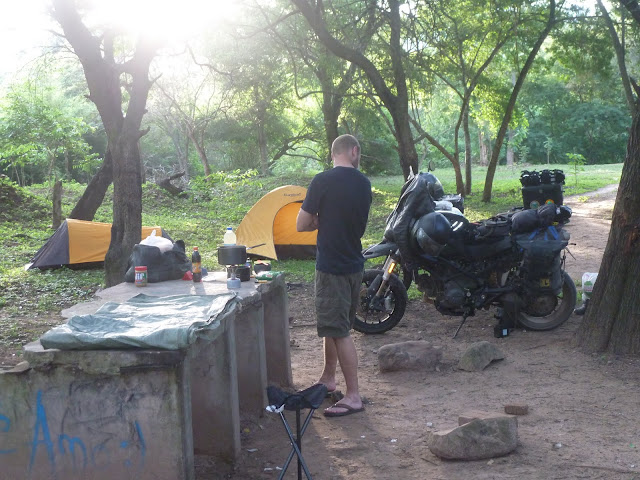 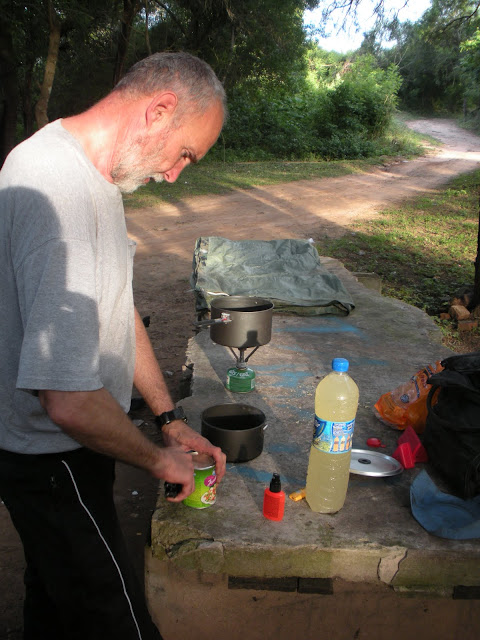 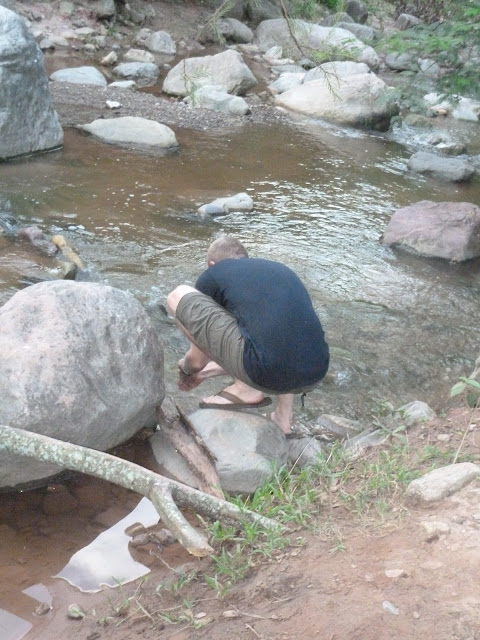