This morning we woke to beautiful sunshine. After a good breakfast at the hostel, we got gas out of a jug on the corner, and headed towards Peru. The border was very close and we went to the transit police to get our final stamp on the back of our import paper. We didn't have any stamps since leaving Santa Cruz and he told us it was a "mucho problemo" looking for some cash. We played dumb and I guess he figured we weren't worth the effort and sent us on our way. The Bolivian immigration official was quick and professional. Almost out of Bolivia, when we went to turn our import papers in, there was a typo on the forms. Were it said type of ID, instead of Passport, the box of CI was checked. Oh boy, another mucho problemo. This guy wouldn't budge and wanted $50Bs. so we gave him what we had left in our wallets - $30Bs. Good enough. The whole time he was demanding a bribe there was an anti-corruption poster on the wall behind him. Ha! Oh well, on to Peru! Once again, here the immigration official was quick and efficient. It was when we got to Peru customs, we encountered the system is down line again. I think this time it really was though, because after about 30 min of waiting one of the officers filled out all of our paperwork by hand. He took 20 min to fill out something we could have done in 2 minutes, then asked for a tip. Haha, we showed him the empty wallet and told him the corrupt Bolivians emptied us out. It worked and we were on our way to the national police, where we had to use the empty wallet trick one more time. We were finally on our way to Cusco. The hour time zone change now put us back to EST, so it gave us plenty of time to get to Cusco, but it also meant it gat dark at 1700.
The road into Cusco (Hwy 3) was nice as it descended to 3400m . 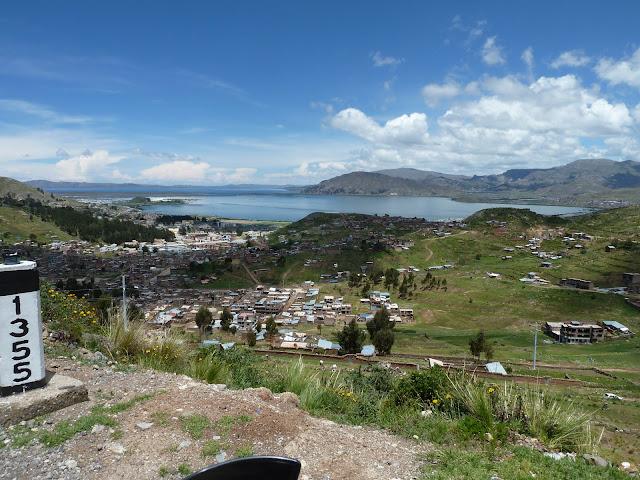 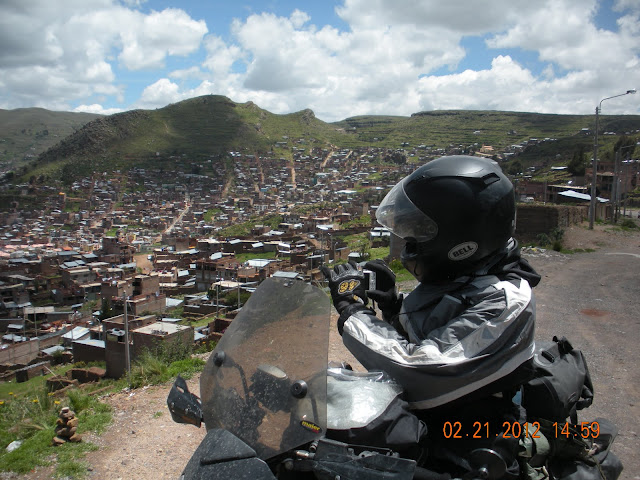 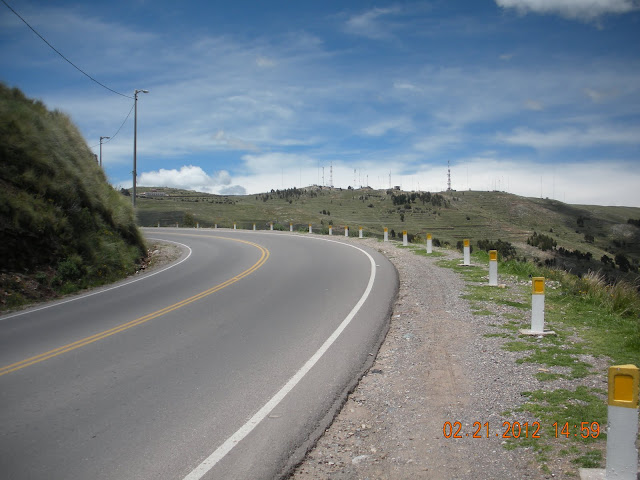 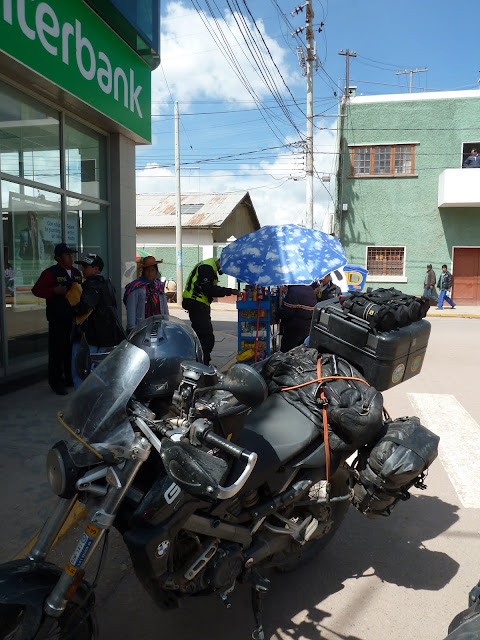 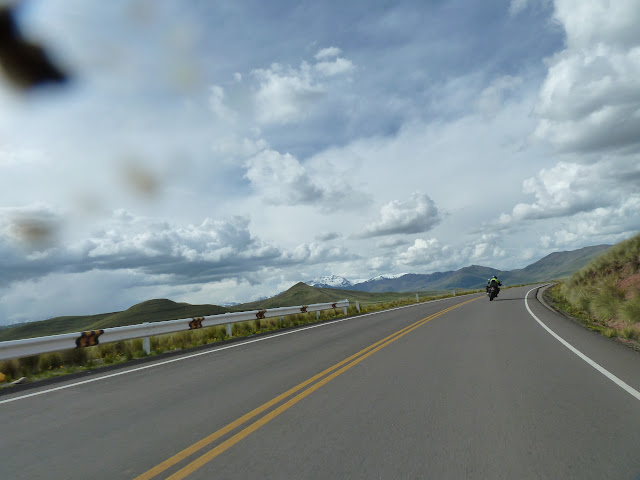 We arrived to downtown Cusco at 1830 in the dark with no GPS to guide us to our hostel. We were able to find our way there after a few stops to get our bearings. We drove down a ramp placed over the steps and had great courtyard parking. 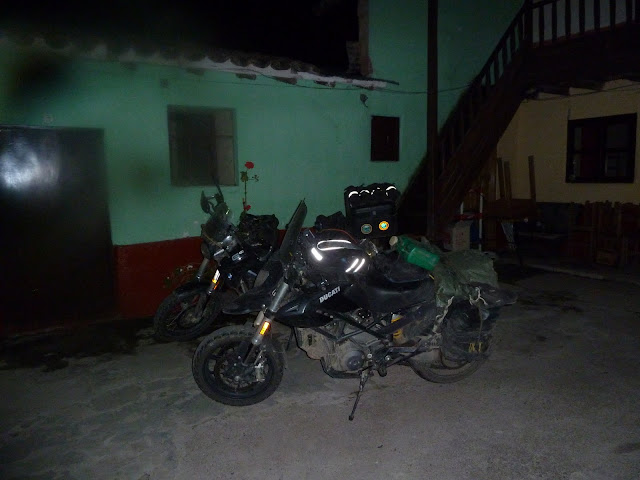 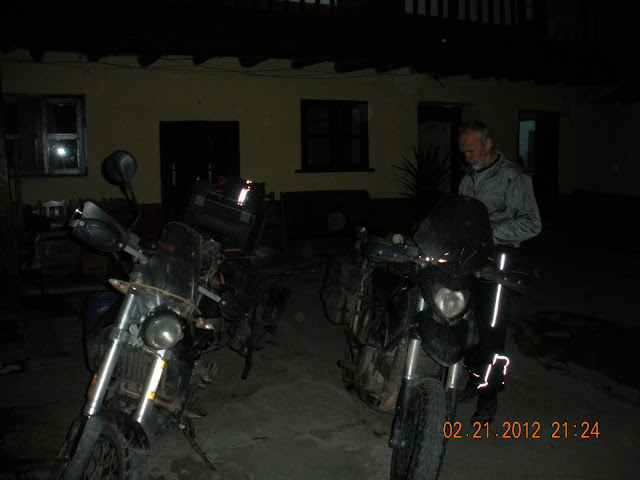 After parking the bikes, we took a walk into the center of town and got some well-deserved dinner, where our server gave us complementary Pisco sours. 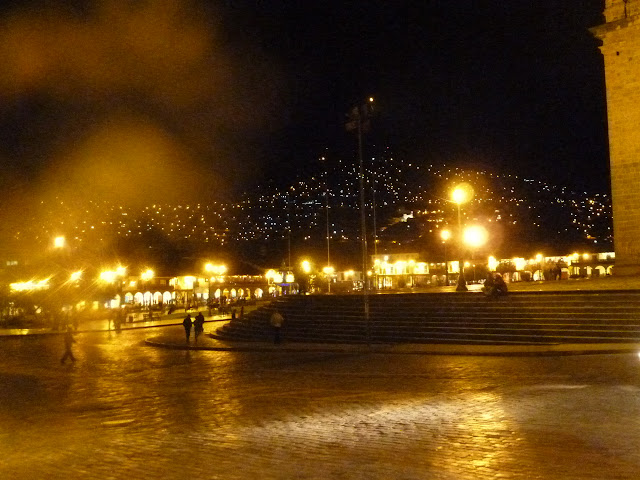 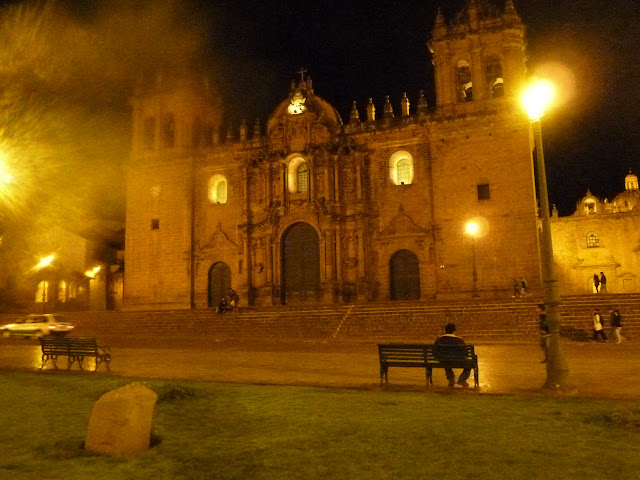 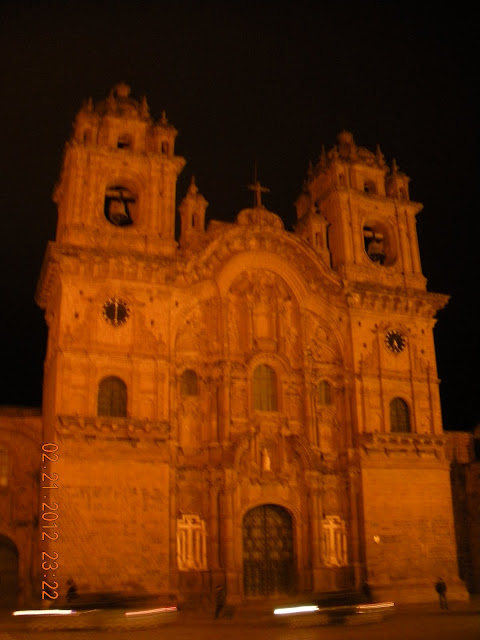 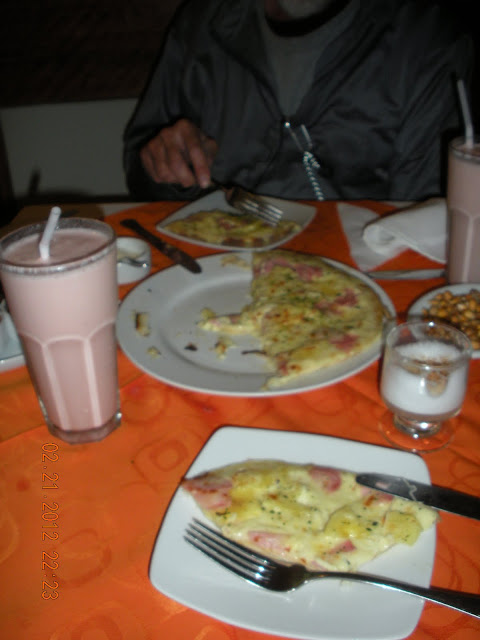