We left the hostel early and got to our first of 2 border crossings in about 90 minutes. Chile and Argentina shared the same facilities and the process was very streamlined and only took 30 minutes. From the border it was another 42 km to the 15 min ferry across the Straight of Magellan. It only cost $84 Arg pesos for two bikes. 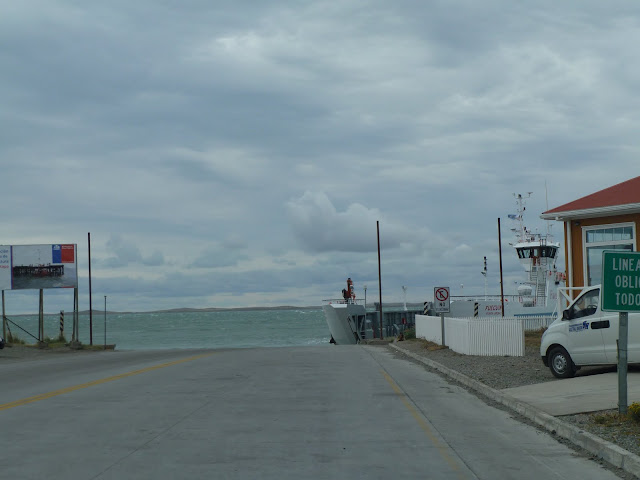 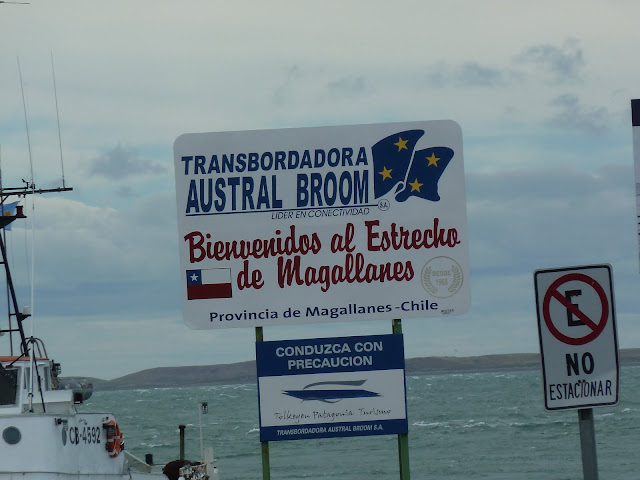 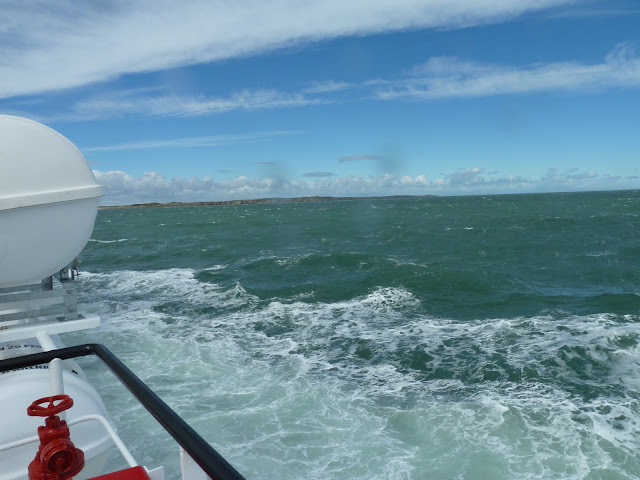 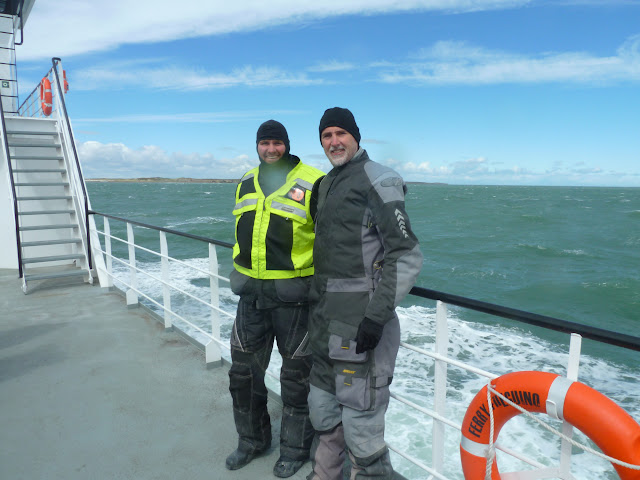 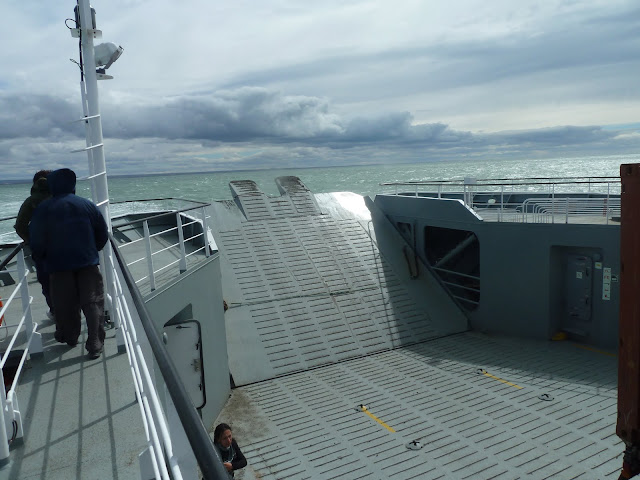 After leaving the ferry, it was a quick 35 km ride on pavement to gas in Cerra Sombero. We arrived at 1245 and siesta ended at 1300, so we ate sandwiches while we waited. After filling up with 93 octane we were headed for our 2nd border crossing of the day at San Sebastian. To get there, we had two routes to choose from, both gravel. We decided to go the southern route on the way down, then the northern one on the way back. The road was alright, except if you were following the right hand line, it would occasionally unexpectedly drop off the shoulder into the ditch. We didn’t go down, but both my dad and I had scary moments. After about 40 min of a pleasant drive through the hills, the road opened up into the plains and the wind really picked up. The crosswind was so strong it would push you out of your line into the loose stuff. At that point you’re just along for the ride until you’re deposited in the next line of hard-packed gravel to your left. Luckily there was virtually no opposing traffic. It was definitely tricky riding. I was having an easier time of it than my dad. His street tires provided zero lateral traction. It was with much relief that we reached the last 40 km going straight east, with the 50-60mph crosswind becoming a stiff tailwind. It felt like we were literally flying towards the border. This crossing was separated into a Chile exit building and a Argentina entry building 10 km further. Both went very smooth and quick. The wind along the coast was just as strong but at least now we were on pavement. Curiously enough, about half way to Rio Grande the wind shifted direction and started coming from off the ocean. When we got to Rio Grande at 1700, we decided to do the remaining 209 km to Ushuaia in the morning. There were no hostels in town, but we found a B&B with indoor bike parking for $280 Arg pesos.