We were on the road by 0930 and were met with traffic almost immediately. At first, I thought it was just regular Saturday summer resort town traffic, but it soon became apparent it was something more when the traffic came to a standstill as far as the eye could see. Luckily, there was plenty of shoulder room for our bikes and no one seemed to mind us filtering to the front - not even the police. When we finally got to the front of the jam, about 20 km later, we found the traffic was due to a rock concert being held in a small town with one road in and out. There were lots of hippies around and it seemed to be a big Woodstock-like event, but I didn't see any band names. After that the traffic was much better, but still present. We stopped at a scenic overlook and had some nice pictures with the lake in the background. 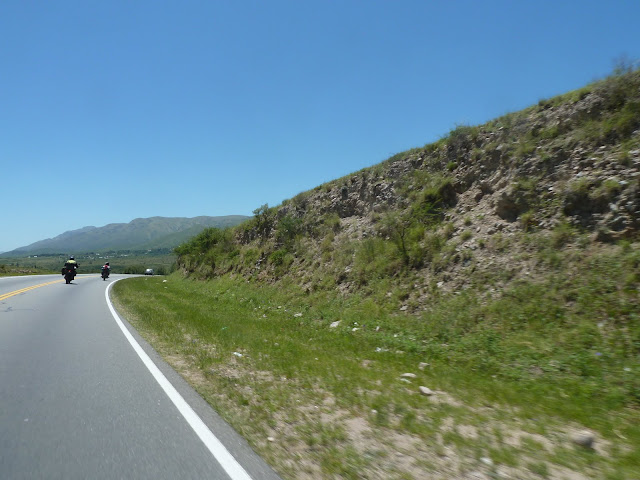 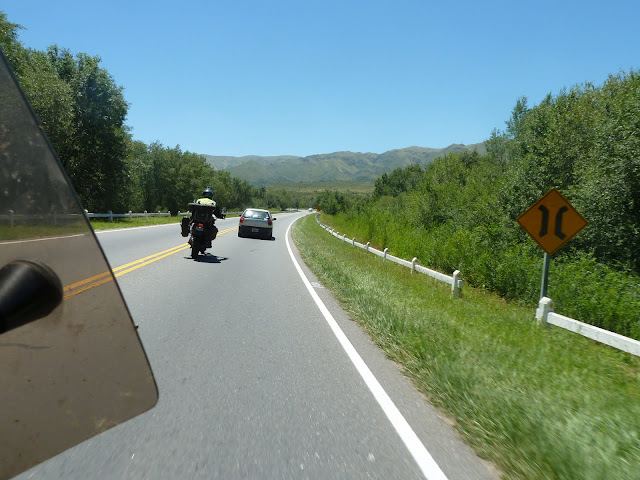 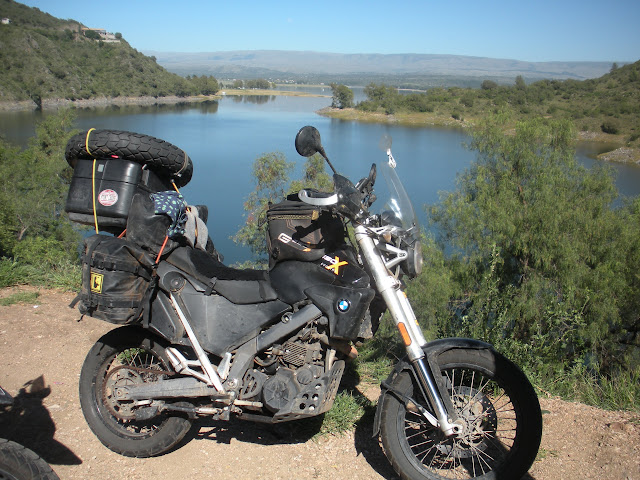 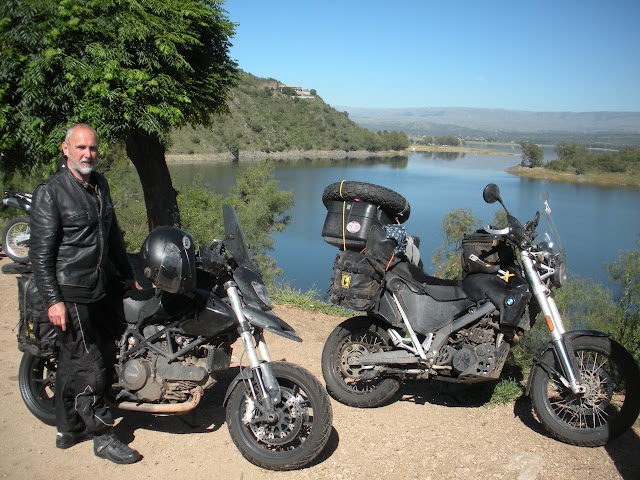 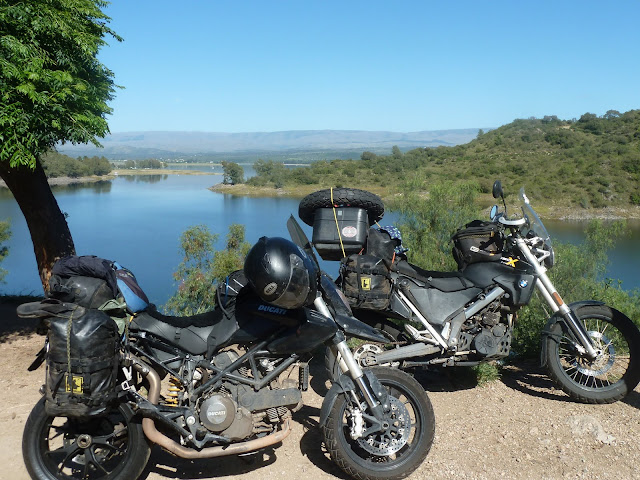 We were on Rt 38 for about three more hours heading for mountains on the horizon. To spend the night we found a nice campsite/night club/swimming pool/horse farm/petting zoo/agricultural museum. It had it all. We took a refreshing swim, included in the $20 Arg peso price of camping and took a walk through the petting zoo and farm museum. It was an interesting place. The owner said the night club wouldn't start up for another few weeks, so we thought we would have a peaceful night of camping ahead of us. But at about 2245, some very load DJ music started blaring. When I went to see what was going on I found out the place had been rented for a 15 yr old's birthday party. Yikes. The music was blasting until well after midnight. 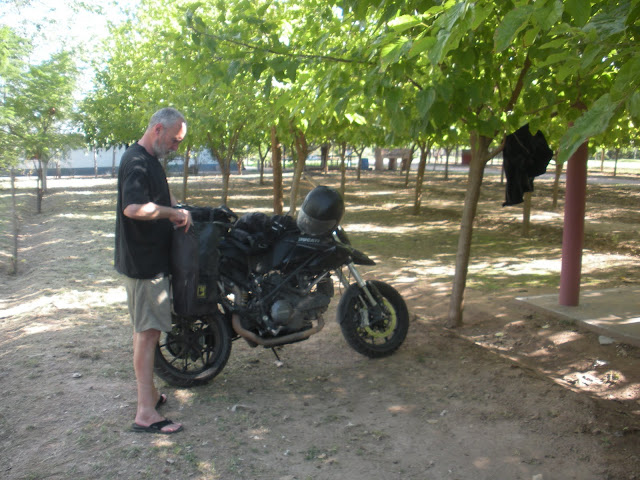 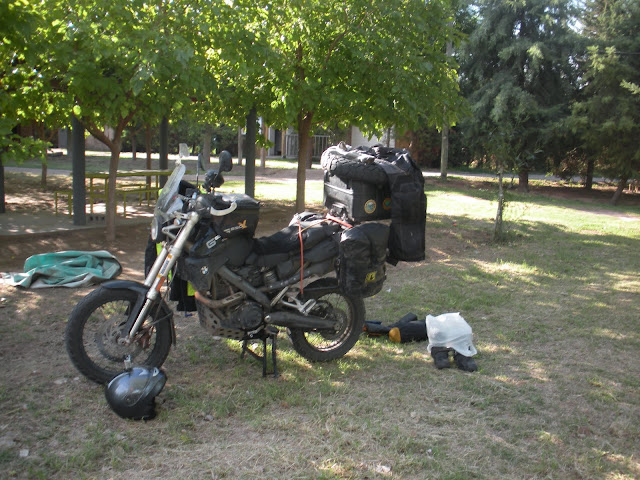 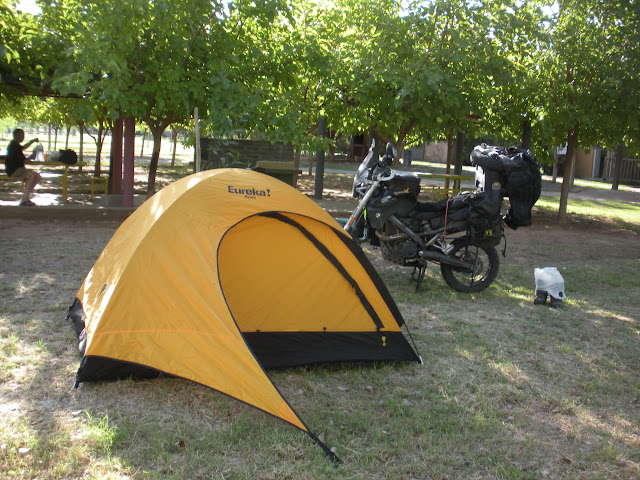 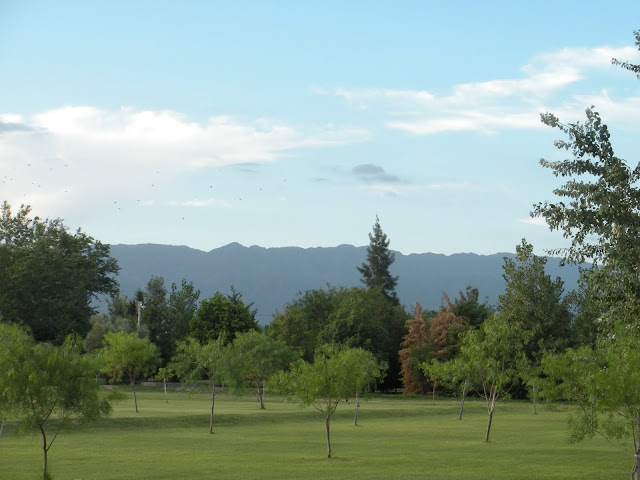 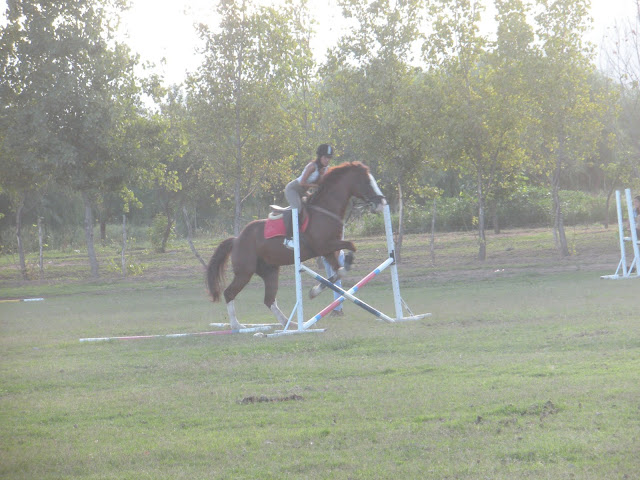 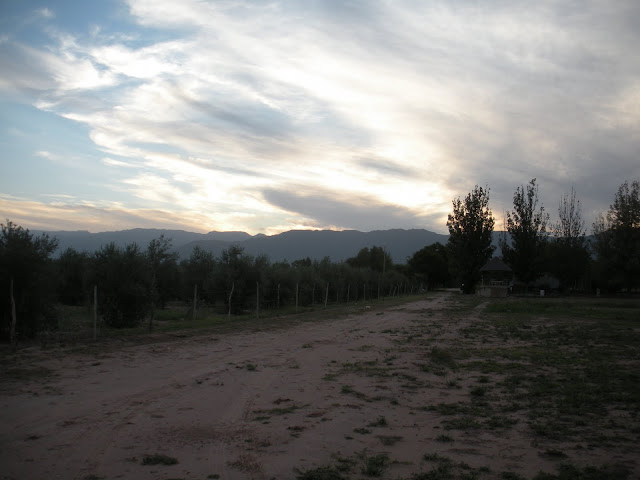 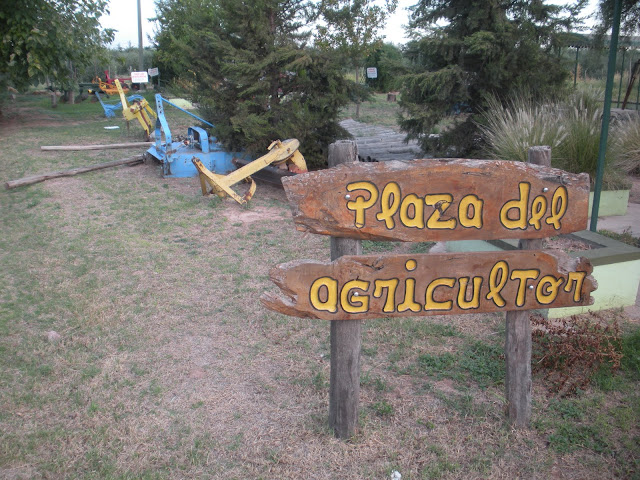