Today we are going to get dad's bike looked at by a Ducati mechanic. After a great breakfast, we rode to a Yamaha dealership, who directed us to an english speaking motorcycle mechanic four houses down. He in turn led us about 16 blocks to the brand new Ducati dealership of Santa Cruz. After describing his clutch problem, they still could explain why it happened, but they changed the fluid and we're going to cross our fingers it doesn't happen again. We've got the shims just in case. They also changed both sets of front brake pads and gave both our bikes a good cleaning. The labor was only $60 USD, but dad's brake pads were $266 USD. I tried to get brake pads, but the BMW dealership there did not have them and I'll try again in La Paz. 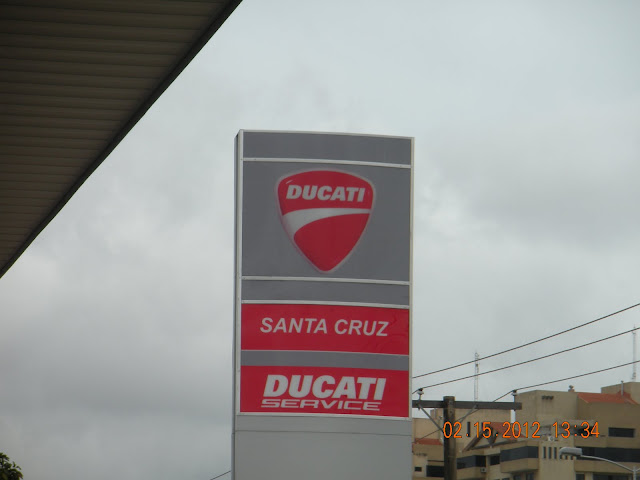 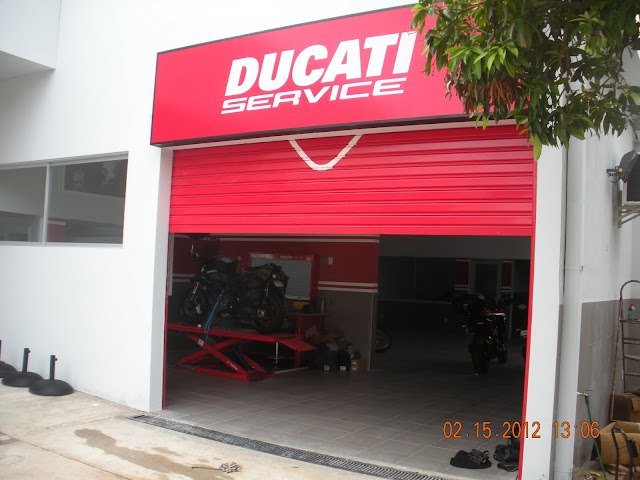 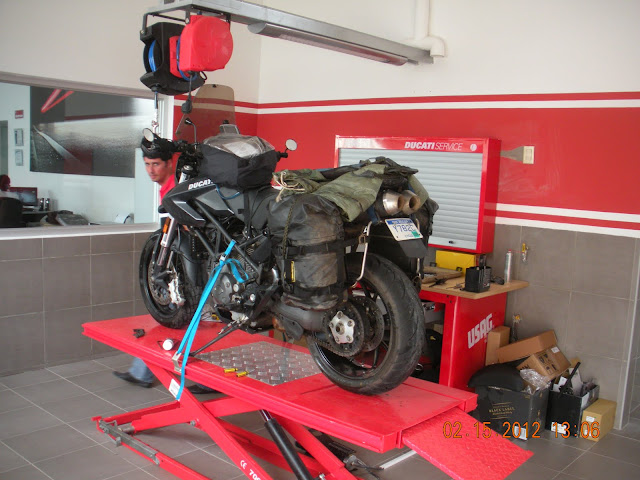 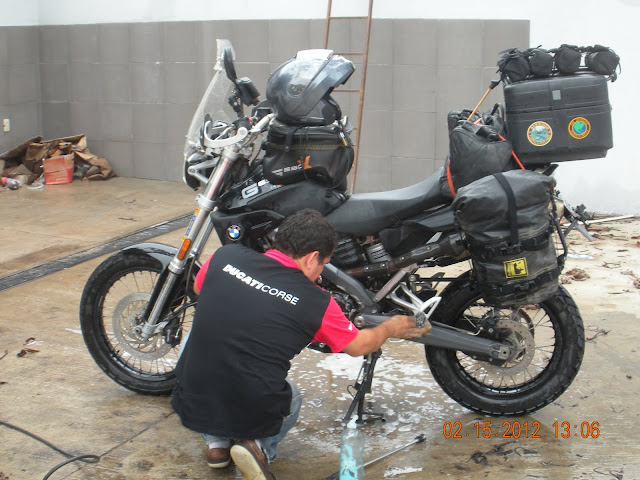 We left Santa Cruz at 1400 and passed three more roadblocks. The last one we saw was the longest yet. The line of trucks and buses stretched for miles in each direction. Everyone at the actual blockade line was very nice and let us right through when they saw we were tourists. Some of the motorcycle led blockades asked us to push our bikes across the line, I think as a symbolic gesture. During the last, largest blockade, people would arrange the trucks and buses to form only a narrow path with a rope across it and asked for money to cross. We paid 4 Bolivianos for the first one, then argued our way past the next 4. One particularly stubborn group wouldn't let us pass. After about 5 minutes of arguing, they let their rope down for a car passing in the opposite direction and dad took the opportunity to gun it past the group into a soggy ditch and out the other side. Ball-sey! It was a good thing he didn't get stuck, because we probably wouldn't have had many sympathizers in the crowd. I enjoyed watching the startled people jump back at the sound of his loud pipes as he revved his engine and bolted through. CLASSIC!. I went around the other side of the car and met him on further down the road.
We were pretty warn out after all this blockade running, so we pulled off the hwy to an abandoned saw mill in the middle of a field. It was isolated from the road and provided good cover from the rain. It worked perfectly. 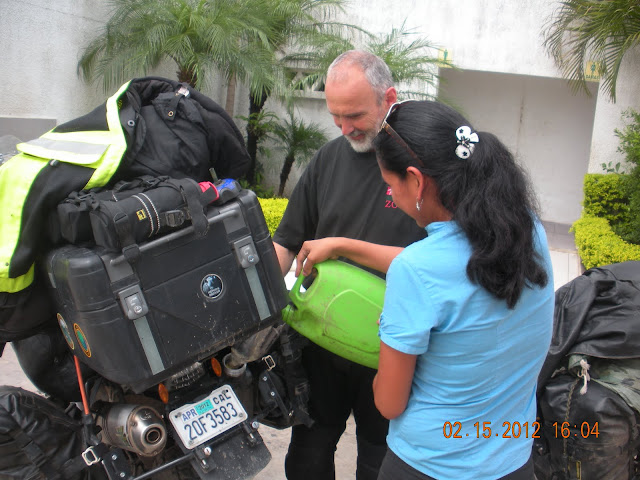 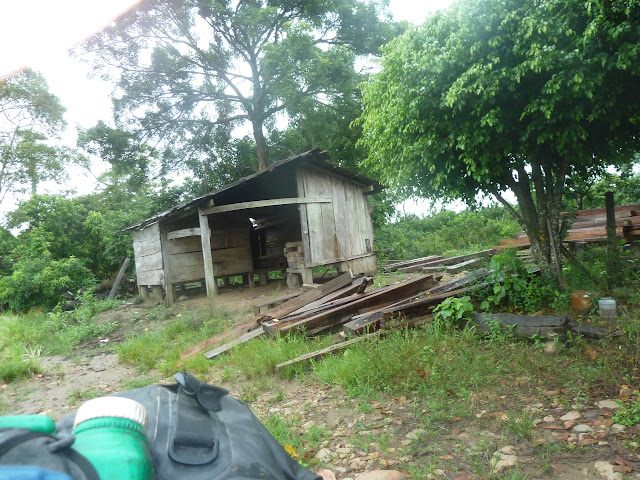 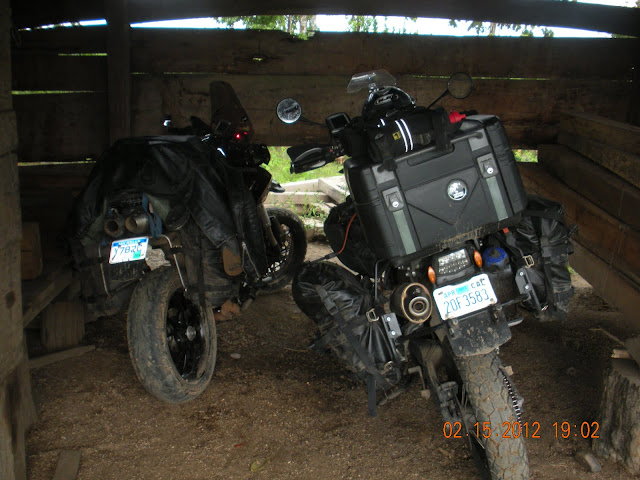 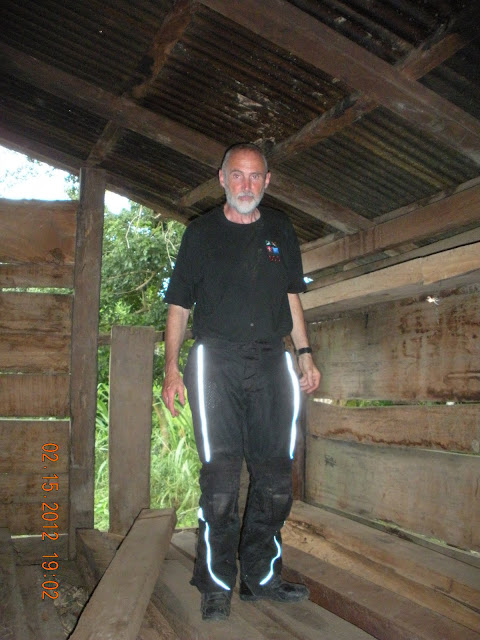 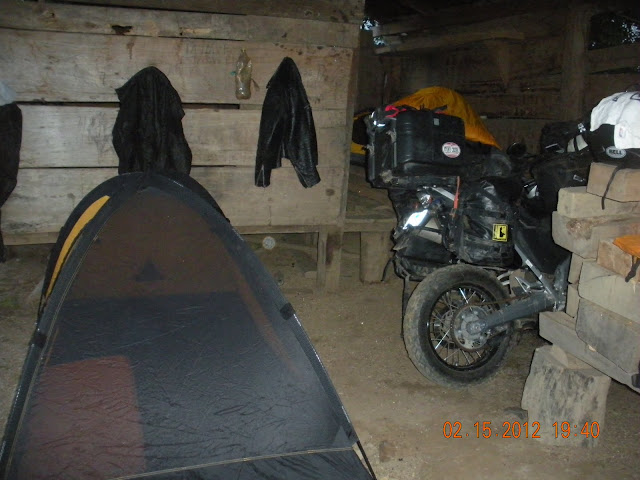 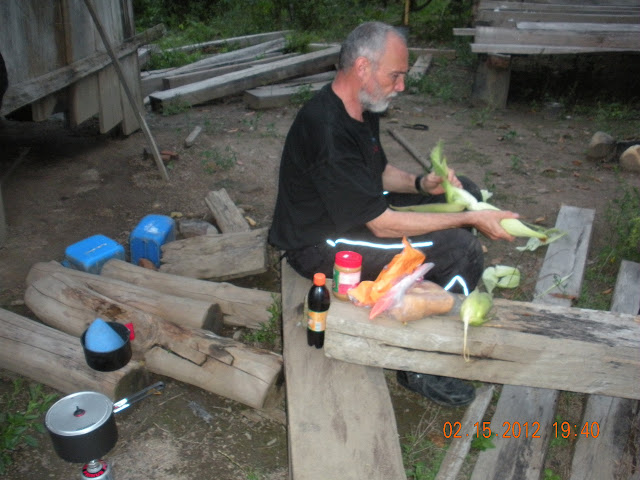